Our travels around Mexico brought us to Guadalajara and surroundings in January 2020. This area was not originally on our Mexico bucket list, but turned out to be interesting. The historic center of Guadalajara is stunning, filled with handsome colonial landmarks. We stayed altogether five days in Guadalajara and in the town of Ajijic by Lake Chapala. In this post we shortly introduce Guadalajara and the main sights of the historical center. 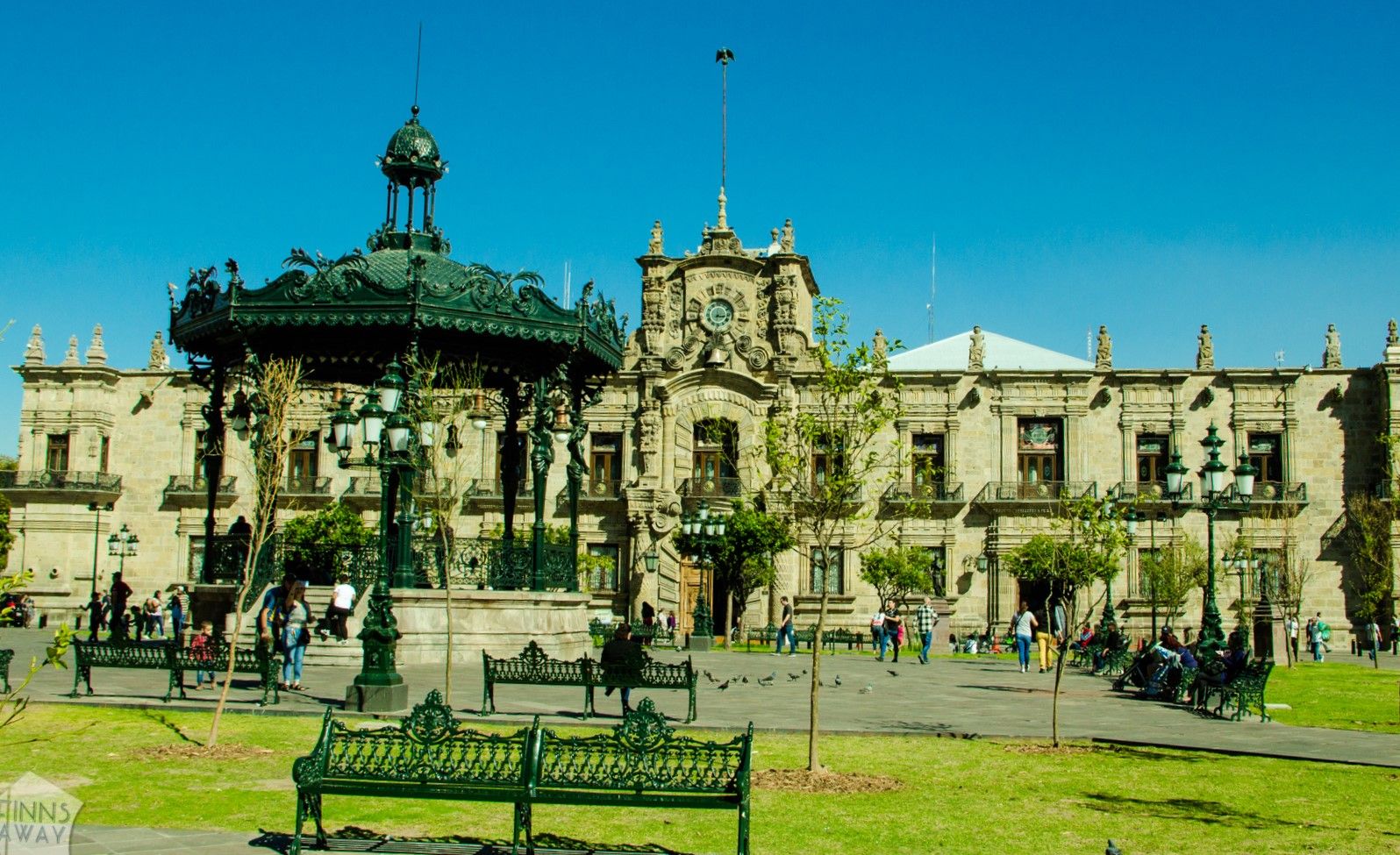 Guadalajara is the capital of the state of Jalisco, and the second most populous metropolitan area of Mexico. It is situated in the Central Highlands of Mexico, north-west from the capital CDMX, and named after the Spanish city of Guadalajara – the name translates to “Stone Valley”. Guadalajara is considered as one of the cultural centers of Mexico, with a lot of festivals, like an international film festival, and other culture events organized around the year.

Guadalajara was founded in the current location in 1542, when a group of young Spanish families settled in the area. Situated in the middle of a fertile agricultural region, Guadalajara quickly grew into an important city in colonial Mexico. Today it’s an industrial, commercial and cultural center, with population of over 4 million inhabitants.

A walking tour around down-town, to admire beautiful churches, plazas and monuments, is a necessary part of any visit to Guadalajara. Catedral de Guadalajara, or Cathedral of the Assumption of Our Lady, is the best known landmark of the city. This huge cathedral is a combination of different architecture styles, including Neoclassical, Baroque, and Gothic elements. The construction of the cathedral was started in 1561, by orders of King Felipe II of Spain, but it took more than a century to complete the works. It was one of the most important catholic sites of the New Spain. The original towers of the church capsized in an earthquake in 1818, and the new towers, coated with yellow bricks, were built in neo-Gothic style. 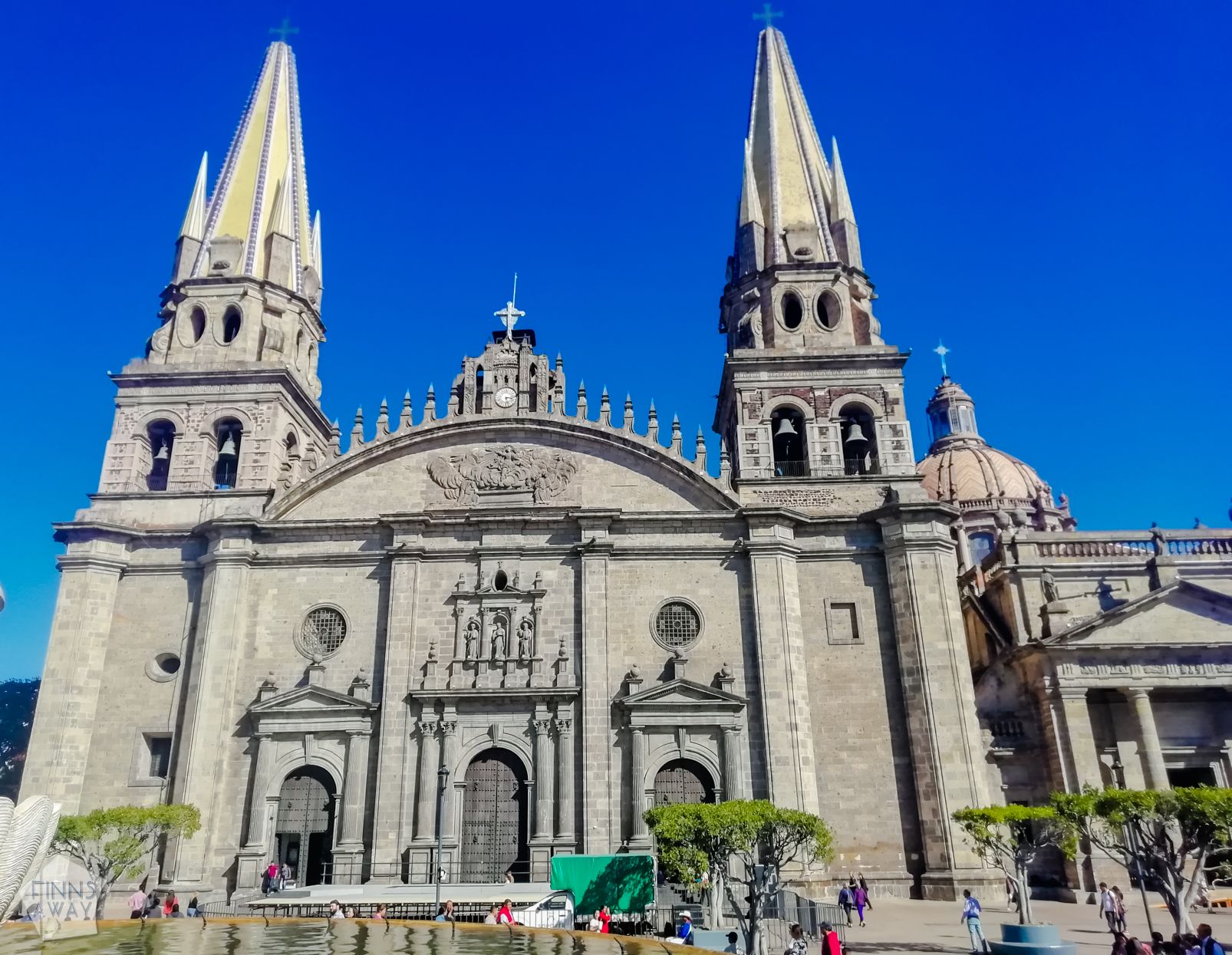 The four squares on each side of Guadalajara Cathedral, Plaza de Armas, Plaza de la Liberación, Plaza Guadalajara and Rotonda Plaza are great for having a break, watching the city life and admiring all the majestic buildings around the squares. These plazas are gathering places with fountains, statues, benches and food stalls. In the middle of Plaza de Armas is an elegant monument and band stand, Quiosco De Guadalajara, and in Rotonda Plaza stands Rotonda de los Jaliscienses Ilustres, a historical monument with 17 columns that honor the artists, musicians and historical leaders of Jalisco. The actual monument and the square is surrounded with over 20 statues of national heroes. 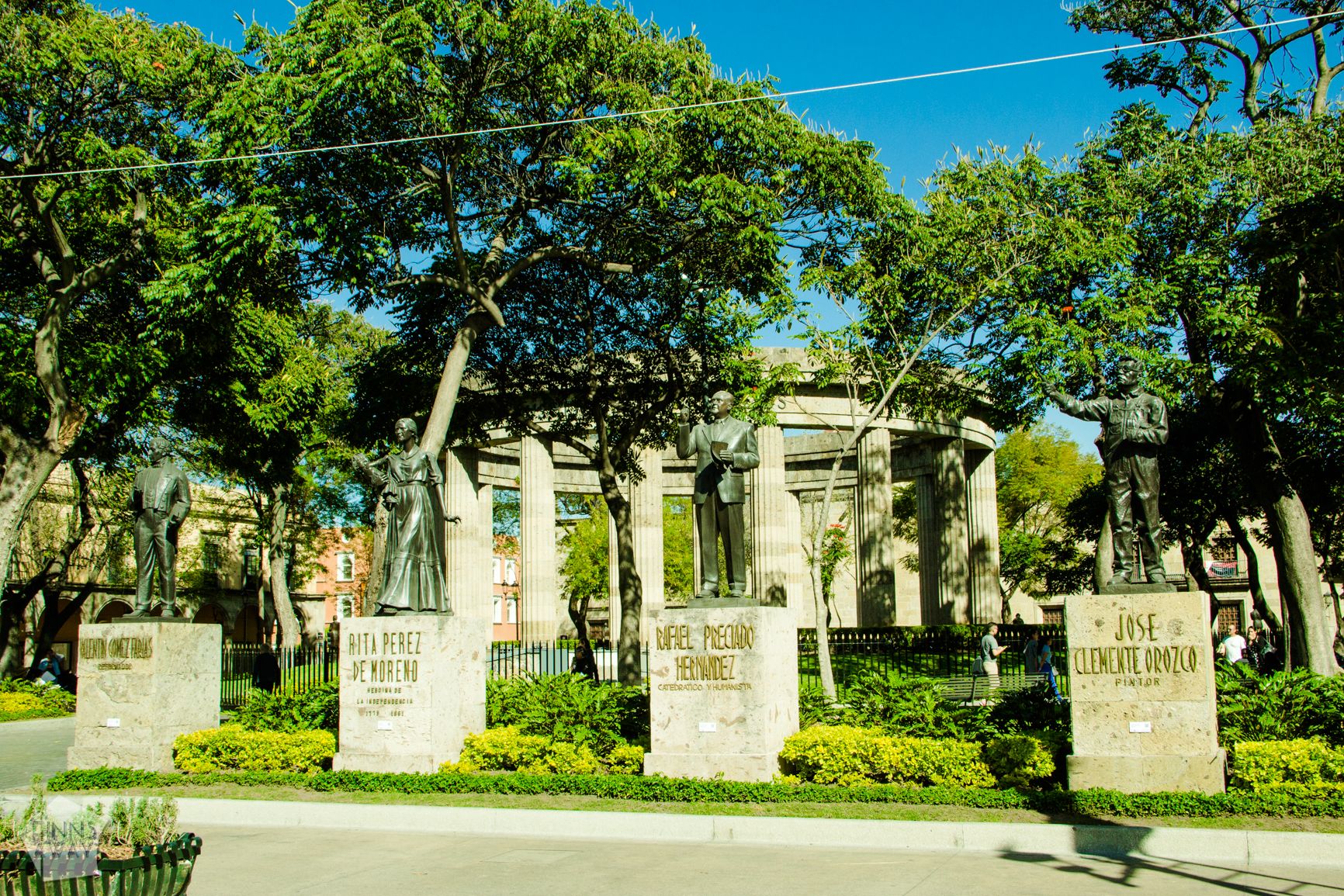 Palacio Municipal, the city hall is a beautiful building right next to Plaza Guadalajara. Like so many other colonial buildings, it’s built around an inner yard, and there are elegant corridors. Right after the entrance, there are murals painted by Gabriel Flores, that represent the establishment of Guadalajara.

Palacio de Gobierno, the Governmental Palace, was originally built back in 1650, but it collapsed in an earthquake hundred years later. The current building was opened in 1790, and the clock tower was added in 1885. The two-storied building circulates an inner yard, and in the inside visitors can admire the powerful frescoes by José Clemente Orozco. The mural above the main staircase, “The People and Its Leaders” and depicts a revolutionary leader wielding a flaming torch to ignite the independence movement. 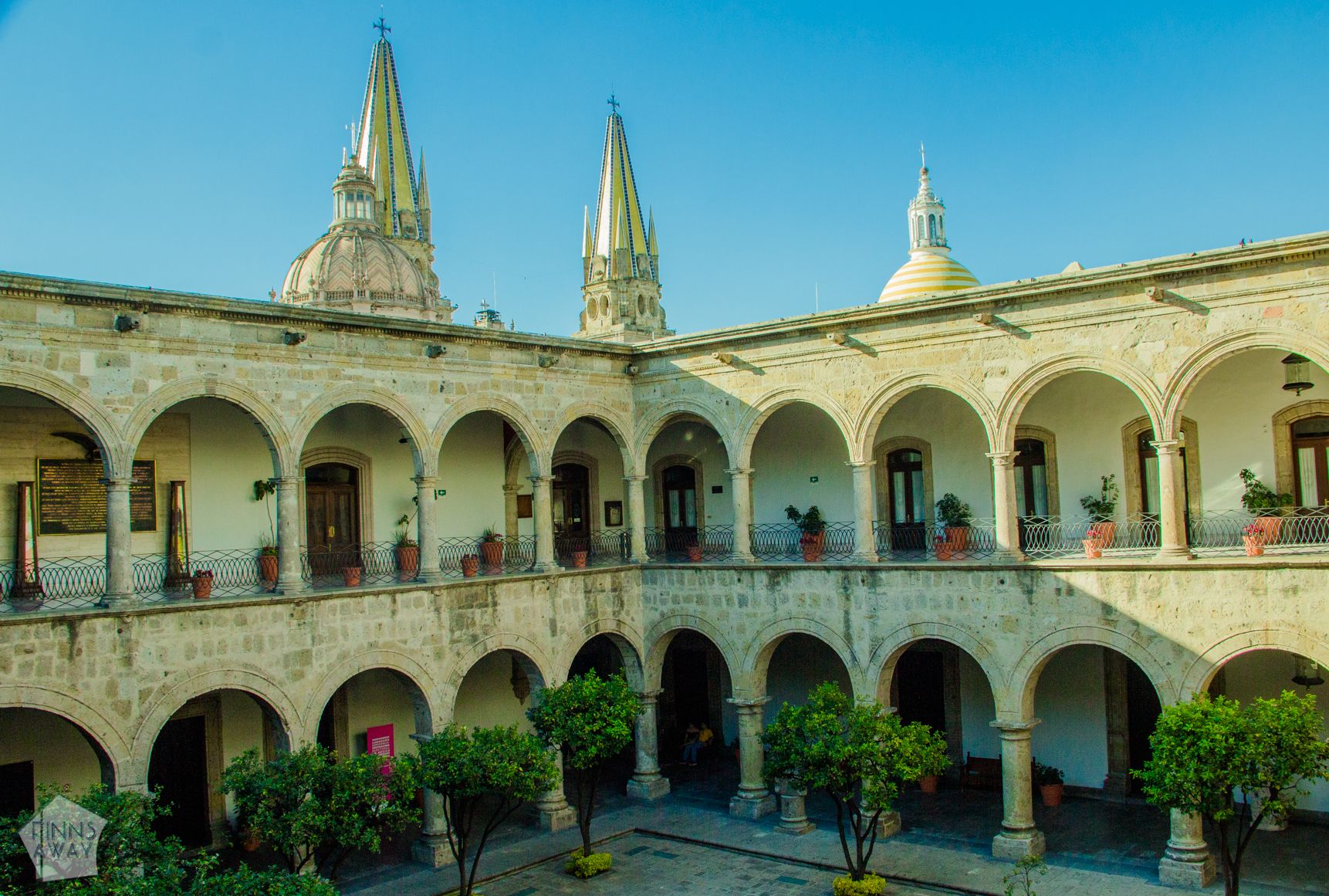 Instituto Cultural Cabañas cultural centre is another place of interest for those interested in Orazcos art, and an elegant building also. It’s a UNESCO World Heritage site, once used as an orphanage and a hospital. The walls and ceilings of the institute building are decorated with altogether 57 fierce frescoes, point at authority figures and depict history as bloody struggle. The admission fee to Cabañas Museum is 80 pesos (roughly 4 €), and on Tuesdays it’s free of charge.

Libertad Mercado, also known as Mercado San Juan de Dios, is a huge indoor market area close to the cultural center. It’s said to be the largest indoor market of the whole Latin America, and you can buy pretty much everything from this market. It’s the place to be for a local meal too, as well as for some souvenir shopping – espaecially local handicrafts. 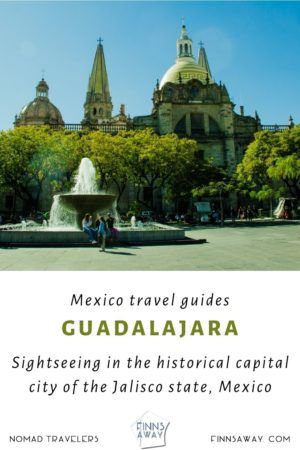 More posts about traveling in Mexico
Our resources
and Discounts