San Miguel Allende in Mexico has been chosen many times as one of the most beautiful towns in Mexico, or even in the whole world. Such lists are always subjective of course, but San Miguel truly is amazingly beautiful. This small town has grown into a popular tourist destination, and is also popular among expats, moving in especially from the US, not just because of the beautiful architecture, but also the pleasantly warm weather around the year, and the beautiful light of the area. We visited San Miguel in January 2020, when we did a 10-day house sit in the city, taking care of two cats of a Canadian couple. In this post a short introduction of San Miguel de Allende, via picture postcards and short stories.

Church of Saint Michael the Archangel 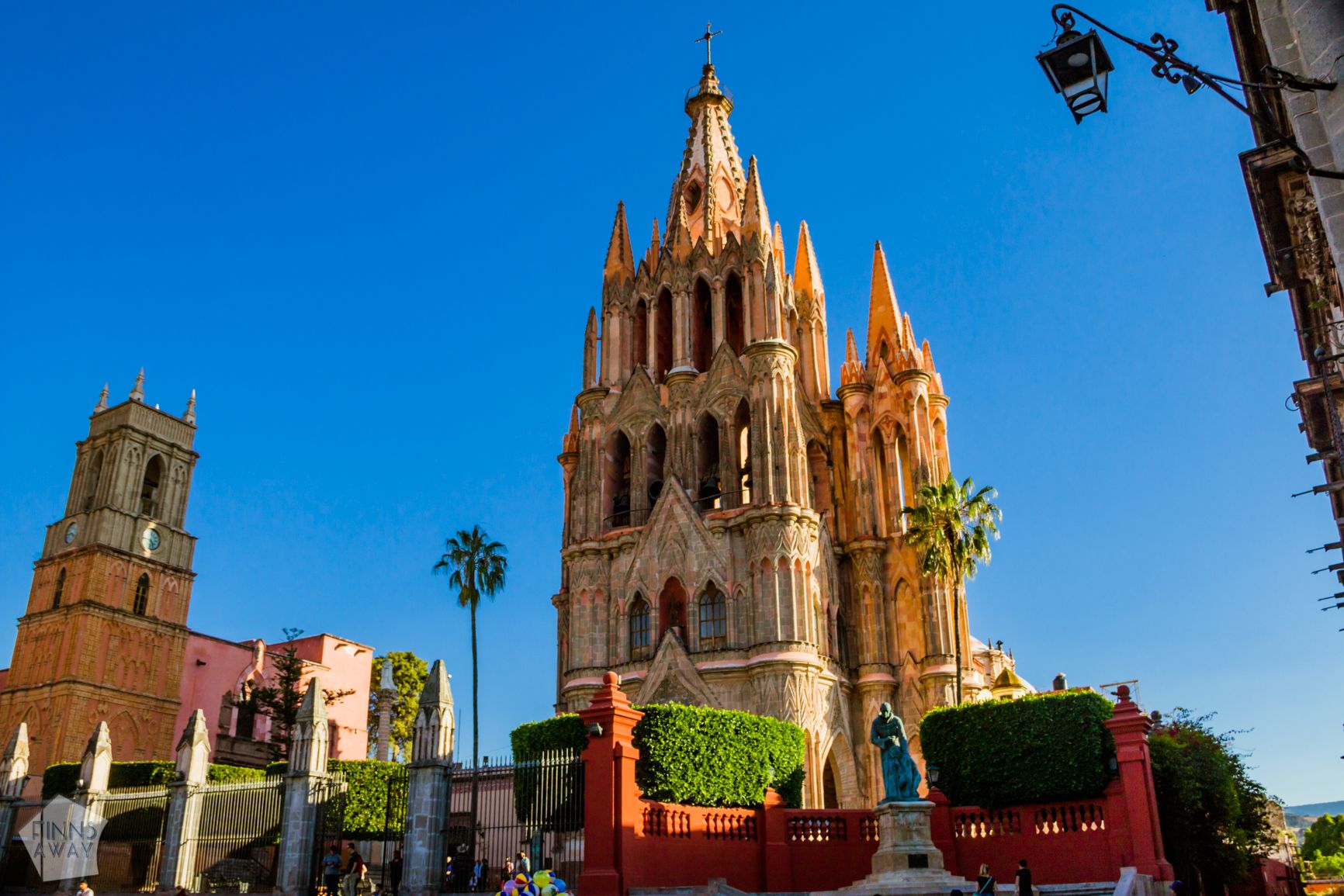 Church of Saint Michael the Archangel, or La Parroquia de San Miguel Arcángel next to the main square of the city, is probably the most famous and the most photographed building of the city. The building is stunning, made of pink sandstone in neo-Gothic style, with huge amount of decorations. The first church on this site was build already back in 1555, but the current structure is much younger – the church was inaugurated in 1890. The designer of the church, Zeferino Gutiérrez, was inspired by the neo-Gothic church of Cologne in Germany, and despite the criticism the same style was used in Church of Saint Michael the Archangel, even if it was something totally different from the colonial Baroque architecture that dominated in the city. 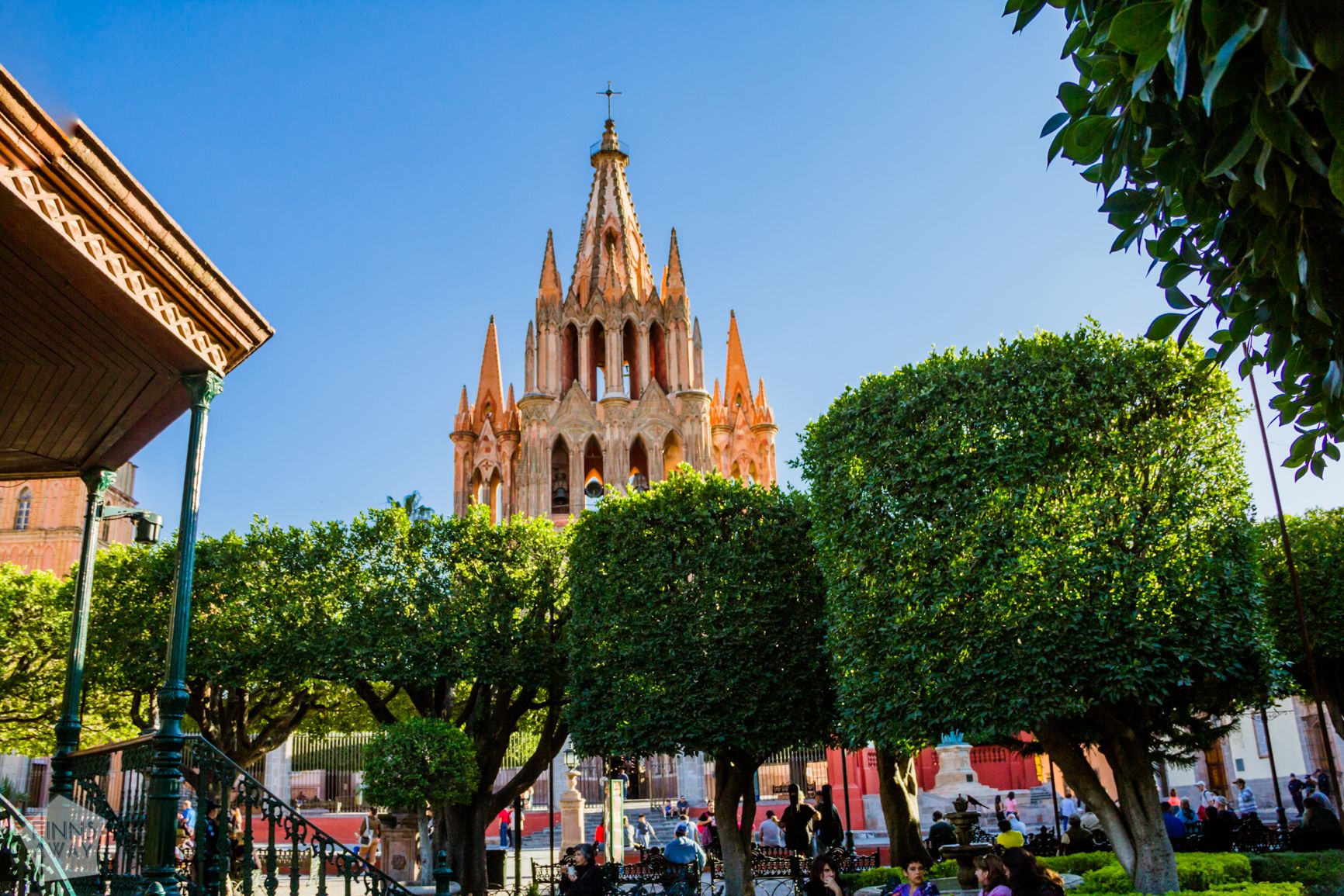 El Jardín, the main square of San Miguel de Allende is a lovely, leafy garden in the middle of the city center. There is always something going on in El Jardín, it’s a meeting point and the place to just hang around and watch the city life, and to admire the architecture around the plaza of course. 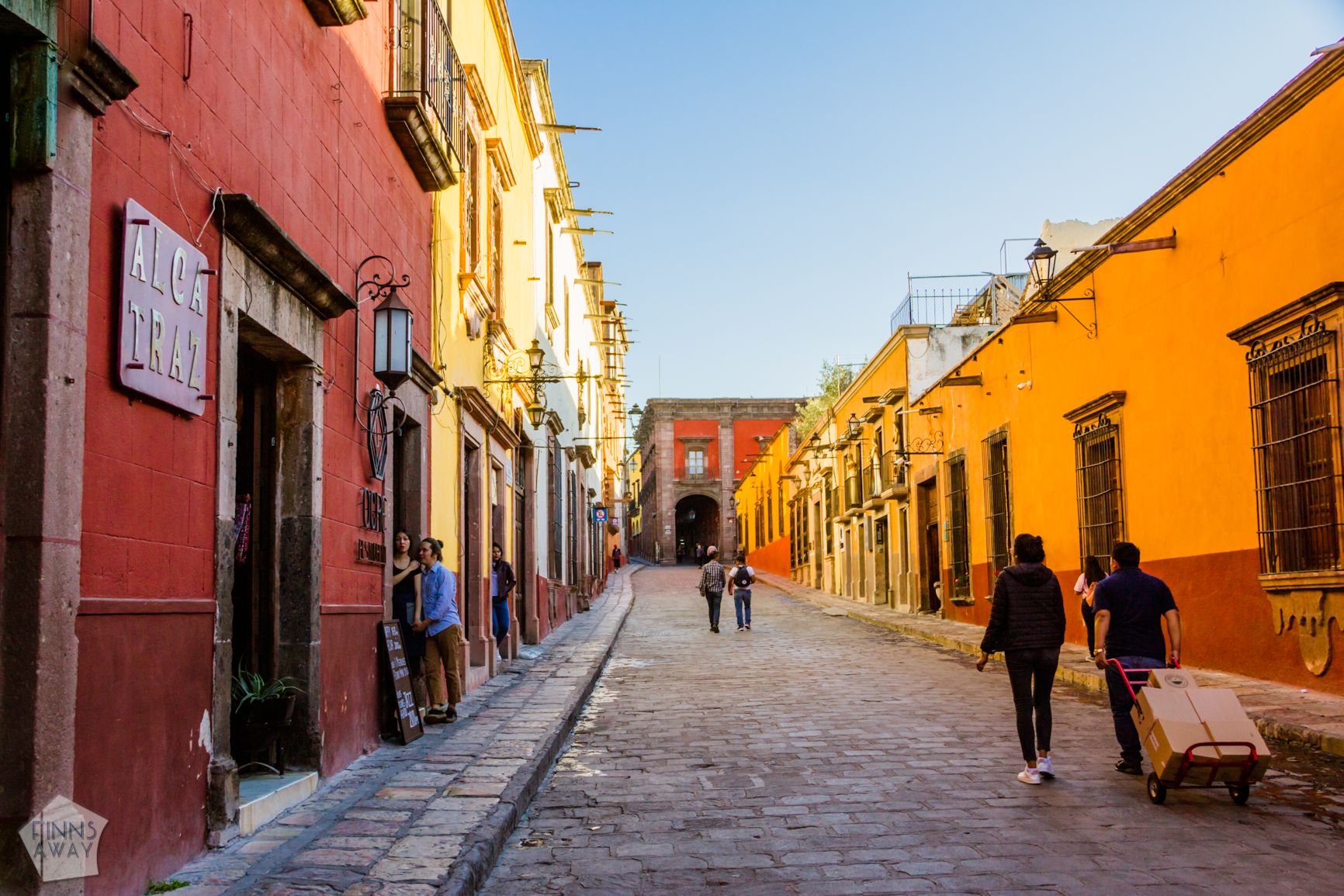 The cobbled alleys surrounding El Jardín are lined with colorful colonial houses. Many of the apartment buildings have been turned into galleries, museums, cafes or boutiques. Walking along the streets is an experience as itself, and there is something photogenic around every corner. For those who would like to learn about the town and the architecture, there are guided walking tours and also architecture tours available. 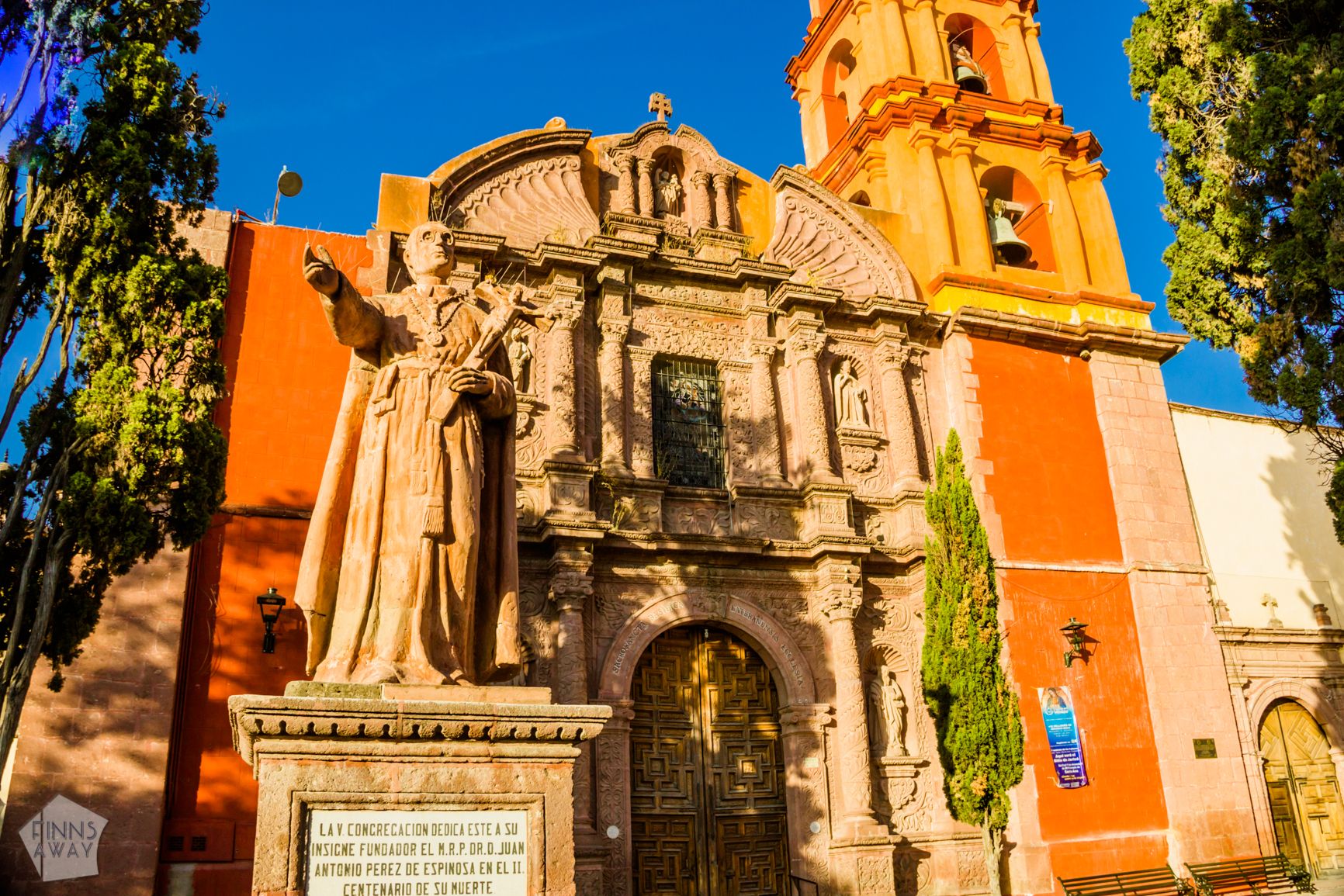 There are several beautiful churches in San Miguel de Allende. One of them is Templo del Oratorio de San Felipe Neri, just a couple of blocks from El Jardín. This 18th century church has a colorful, decorative baroque-style facade. Inside the church is a collection of oil paintings about the life of San Felipe Neri, the 16th-century Florentine who founded the Oratorio Catholic order.

Our Lady of Health Church 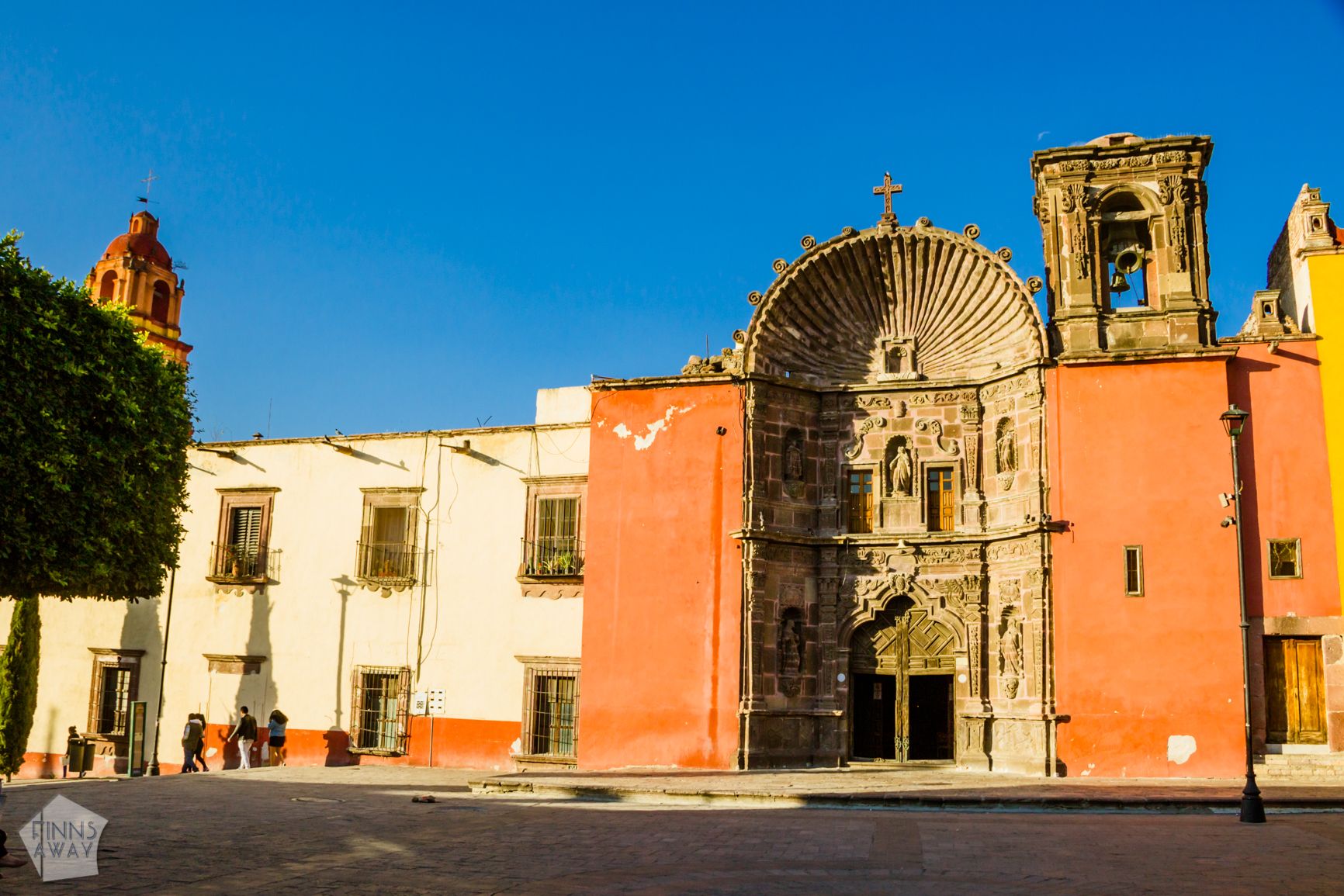 Just around the corner from San Felipe Neri Oratory is another impressive church facade. Iglesia Nuestra Señora de La Salud, or Our Lady of Health Church was built in the 18th century, and first served as a chapel for the adjacent San Francisco de Sales College. Above the entrance of the church is a huge carved seashell, and in centre of it is a single eye enclosed in a triangle, an ancient symbol for God’s omnipresence. 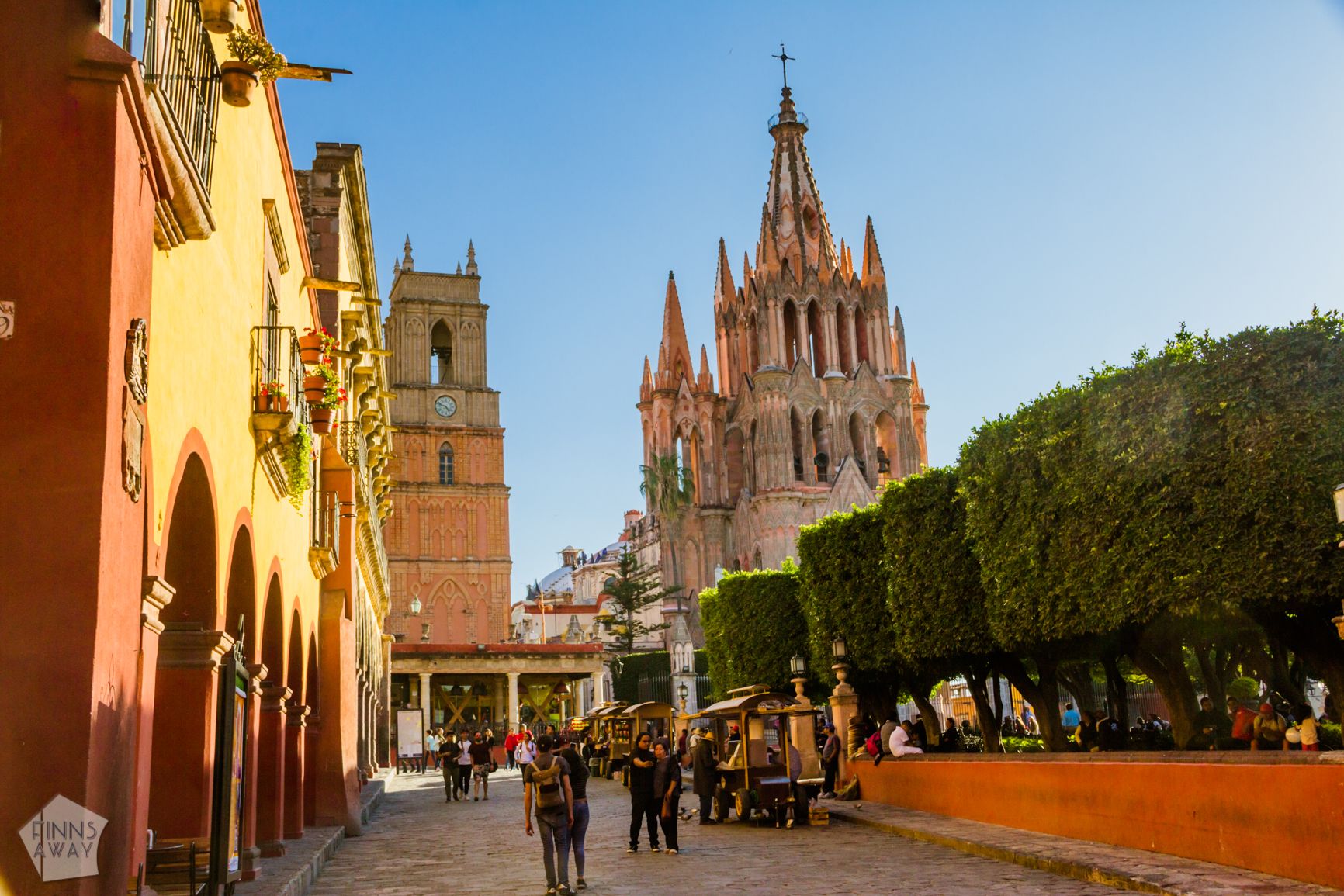 The city was founded in 1542, as a first Spanish settlement in the area, and named as San Miguel, after Franciscan monk Juan de San Miguel. Allende was added in the name much later, in 1826, in honor to general Ignacio Allende, a hero of the revolution, Mexico’s liberation from Spanish rule. San Miguel de Allende is situated in the Central Highlands of Mexico, in state of Guanajuato, north-west from CDMX. The city is has been a UNESCO World Heritage Site since 2008, and is known also of its arts and gastronomy.

The high tourism season is during the winter months, but the city is a great destination around the year. January is the coldest month, but even then the average high temperature is 23 degrees Celsius. As San Miguel has become so popular, we would advice going outside the main season, if you can choose.

Finally, a tip for those who like craft beer: Cerveceria Dos Aves in San Miguel brews excellent artisan beers! Read more about Dos Aves in our Craft Beer Nomads blog! 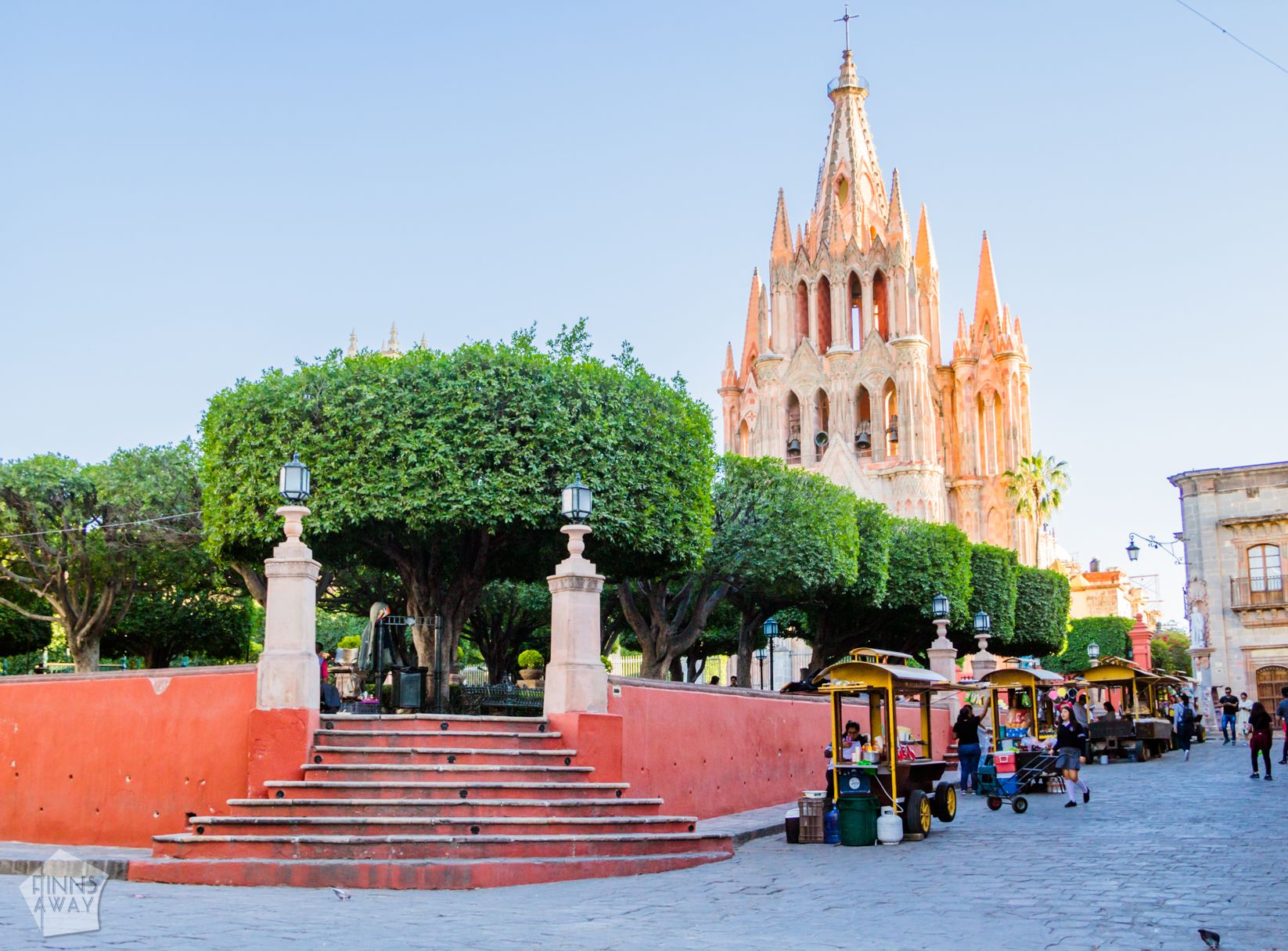 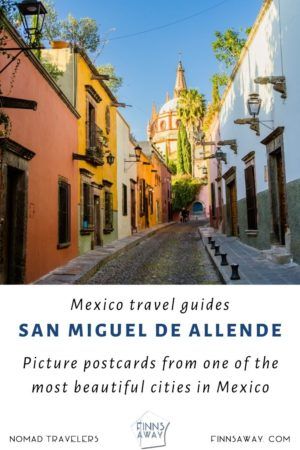 More posts about Mexico
Our resources
and Discounts