When traveling around the Central Highlands of Mexico in January 2020, we stayed for a few days in Puebla state, that is famous for colonial towns and mountain views. Situated south-east from Mexico City, between the Trans-Mexican volcanic belt known as Sierra Nevada and the mountain range of Sierra Madre Oriental, Puebla is home to the highest peaks of Mexico. We settled in the beautiful city of Puebla, and explored the surrounding mountains from there. In this post we focus on La Malinche volcano (also known as Matlalcuéyetl, Matlalcueitl or Malintzin), the sixth highest peak of Mexico, and provide instructions how to independently make a hike to the summit, at 4440 meters (officially 4461 m / 14,636 ft) above the sea level.

La Malinche is an inactive, dormant volcano, located at the border of Tlaxcala and Puebla states. On the lower slopes of the volcano there are farmlands and forests, and higher up above the treeline grasslands before the rocky summit. The weather on the slopes is mild but quite rainy throughout the year, and the summit is cold and windy – it snows up there a few times a year. If you’d happen to try to climb La Malinche after a recent snowfall, crampons and axe could be needed, even if the climb otherwise is not considered as technical. The length of the hike is just around 6,5 km from the starting point to the summit, less than 13 km there and back, and the altitude gain is around 1300 m. For fast and fit hikers it takes maybe 4 to 5 hours to complete the hike, but it’s wise to reserve much more time, as the altitude will slow you down, and breaks are needed both for taking pictures (check the gallery for some more of our pics) and just for catching your breath.

Preparing for the hike

La Malinche is a relatively high mountain, so you should be prepared for the altitude before making this hike. Especially when coming straight from low altitudes, hikers definitely should take care of proper acclimatization to avoid symptoms of altitude sickness during the hike. Prior the hike, we had been staying for more than a couple of weeks in Mexico City and around, at altitudes over 2200 meters, but still staying at an altitude around 3000 meters for a night or two before the climb wouldn’t have harmed for sure. We had some light headache, shortness of breath and a bit of dizziness when ascending, nothing serious, but common and unpleasant side effects of the thin air.

How to reach La Malinche

The easiest hiking trail to the peak of La Malinche is on the northern side of it, leaving from a vacation centre called Centro Vacacional IMSS Malintzi, situated by the road that goes around the volcano on the west and north sides of it. As the center is in La Malinche National Park, visitors need to register (there was a check point on the road), but there are no entrance fees. In the vacation center, there are cabins for rent, a restaurant and a tiny store where you can buy water and snacks for the hike. There is free parking space outside the center, and paid parking inside the gates. It’s also possible to camp either in or outside the vacation center, or higher up along the trail, closer to the summit. To reach the vacation center, it’s best to have a rental car, but it should be also possible to get there using public transportation. For that we can’t provide exact instructions though, and we’ve read that the journey requires changing buses and can be very slow. We made the hike as a day trip from Puebla, but many hikers prefer to stay in the vacation center or near by the night before (and after) the hike.

The hike to the summit of La Malinche

The path to the summit begins right from the vacation centre. There is a road, nowadays blocked with a gate so not in public use, and a wide path that criss-crosses with the road making shortcuts. Both will take you up to the actual trailhead – it’s an easy, roughly 2,6 km walk from the vacation center. After parting from the road, the trail quite quickly dives in to a forest, and the ascent gets steeper. It’s still easy to walk though, and the path is clear and easy to follow. The treeline is roughly at 3900 meters of altitude, and when reaching it, after walking up roughly 2 km from the trailhead, you’ll finally have a clear view to the summit, that seems to be close, but there is still 500 meters of ascent left. Actually you’ll see a “fake summit”, not the peak, but the highest point of the mountain is right behind it. Some hikers camp in the treeline, and there are some great, flat spots for it.

The final climb from the treeline to the summit is quite a challenge. Firstly because of the altitude, and secondly because of the soft sand and the steep incline. Apparently many hikers turn back soon after the treeline, but it’s really worth the struggle to keep pushing all the way up. At times it felt like when taking two steps up, you slide one back down in the sand. Closer to the summit the terrain is more rocky than sandy, but also the incline is steeper than before. As it got harder to breath, and I remember focusing on every single step when getting closer to the peak. So the climb is demanding and requires some determination, but it’s not technically difficult. In the summit there is a short steeper climb that requires using also hands, to reach the highest point of the peak. The views from the summit are wonderful, and if the weather is clear, you can see several other mountains in the horizon, including Popocatépetl, Iztaccíhuatl and Pico de Orizaba, the highest peak of Mexico. The views are usually better in the morning and get more misty in the afternoon.

This hike is quite popular, and on some days the peak can be even crowded. However, when we hiked on a Monday afternoon in early January, there wasn’t a lot of other trekkers, we saw maybe 20 people during the day in total. La Malinche is also often hiked by climbers that are preparing to conquer higher peaks and getting acclimatized for higher climbs. We recommend this hike for anyone interested in mountains and hiking and traveling in central Mexico. The hike doesn’t require any special gear, but as the weather in the mountains can change quickly, you need to have windproof layers and warm clothes with you, even on clear and sunny days. We hiked in T-shirts, but put on jackets after reaching the summit, as it was windy and chilly up there. Hiking shoes are recommended, but we had no problem with just trail running shoes. There is no water available along the trail, so carry enough of it with you, and stay hydrated. Some snacks or packed lunch is recommended, as this hike will burn a lot of calories. We made the hike back and forth in 5 hours 15 minutes (needed to hurry a bit because we were on a day trip from Puebla, and wanted to make it back before dark), but with slower pace it can take 8 hours or even more. Regarding other equipment, we recommend a hat, sunscreen and sunglasses, and carrying a first aid kit and a torch, like always on hikes. Hiking poles could be handy also, making the ascent and descent easier for the knees. The best time to make this hike is considered to be the dry season from November to March. 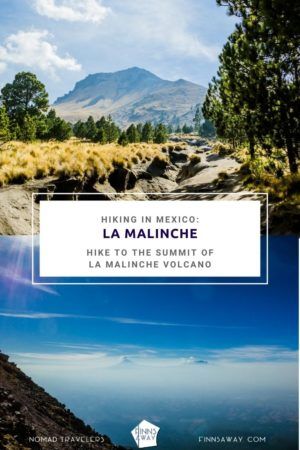 More posts from Mexico
Our resources
and Discounts 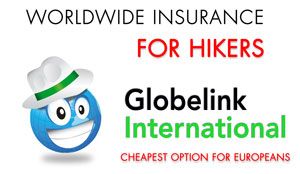