How to visit Machu Picchu with limited time and budget?

When in Peru, it’s almost a must to visit a UNESCO World Heritage Site and one of the New Seven Wonders of the World, the 15th-century Inca citadel Machu Picchu. Located on a mountain ridge, over 2400 meters above the sea level, with Urubamba river surrounding the site on three sides, Machu Picchu is somewhat challenging to reach, at least if you are in a hurry and on a budget. The nearby town of Aguas Calientes (nowadays officially called Machu Picchu Pueblo) can’t be reached by car or bus, since there are no roads leading there. That limits your options to get there without spending plenty of money.

Hiking the Inka Trail is without a doubt a wonderful way to visit Machu Picchu, but it usually takes several days, and costs several hundred dollars. There are also lots of other tours, part of them mixing trekking, mountain biking and other activities, available, but all of them tend to require both time and money. The most popular, straightforward and fastest way to reach Aguas Calientes is by train from Cusco, or from Urubamba or Ollantaytambo on the way. BUT, the train tickets are rather pricey for foreigners; you have to be prepared to pay at least 120 $ for a round trip, usually much more than that.

We visited Machu Picchu in September 2014, and starting from Cusco, our transportation costs were altogether around 10 $ per person in one direction. For accommodation for two nights, we paid together 32 $. Not bad for your travel budget, right? On top of these costs, we of course needed to pay for tickets to the site itself. Ticket price was around 45 $ (for Machu Picchu main grounds only) when bought from Aguas Calientes and it’s more expensive when bought online in advance.

From Cusco to Santa Teresa

This is how we traveled to Machu Picchu, using the so-called alternative route via Santa Maria and Santa Teresa. First, we took a Quillabamba-bound morning bus from Cusco (terminal Santiago) to the small town of Santa Maria, northwest from Machu Picchu (bus tickets for us two together ~11 $). It was such a scenic route following Urubamba river and then ascending along the mountain roads up to over 4 300 meters to reach the Malaga Pass, after which descending down to 1 200 meters in Santa Maria. The journey took around 6 hours, but every minute was worth it due to the absolutely stunning views.

When we hopped of the bus in Santa Maria, we were right away offered a ride to the small town of Santa Teresa, that is situated closer to Machu Picchu. We decided to take a shared taxi with the two other tourists that were in the same bus (greetings to you Spaniards!), and paid 3,5 $ each for the ride. Road from Santa Maria to Santa Teresa is unpaved and prone to landslides, so maybe this route it is not for the most faint-headed travelers. To be honest, it can actually be risky and dangerous, especially during rainy season. We trusted that the drivers know what they are doing, and the ride was just awesome, along a narrow road winding along the slopes above Urubamba river.

As it was already early evening, we stayed the night in Santa Teresa. With our Spanish companions, we managed to get rooms in a decent hostel with around 15 dollars per room. Then some food and beer in a nearby restaurant, and enjoyment of the warm weather after the mountainous Cusco region. In the morning, we were ready to hit the last part of our journey to Aguas Calientes. As we didn’t want to carry all our stuff with us, we left our backpacks in the hostel (they were friendly enough to keep our stuff safe for one day without any charge) and took only small backpacks with enough supplies to survive one day and night with us. Next stop was the spot, where the road ends, the Hidroelectrica train station just few kilometers out of Machu Picchu.

After some breakfast, we took a shared taxi (less than 2 $ each) to Hidroelectrica, which is around 10 kilometers from Santa Teresa. The actual Hydroelectric Plant has ceased operations back in 2001, but the train station next to it is still in use, and it’s possible to catch a train operated by PeruRail from there to Aguas Calientes (approaching from opposite direction than the trains from Cusco). But again, train tickets are pricey for foreigners, around 20 $ for the short, less than 10 kilometers’ ride). The budget option is to walk the last roughly 8 kilometers along a path next to the rail tracks, and that is of course the way we did it.

The path to Aguas Calientes from Hidroelectrica is well marked and easy to walk. Route winds along the river and views are lush and nice, at least if the sun is shining. We were accompanied by a sweet dog and saw some other tourists also every once in a while. So, would say that you don’t have to do this hike alone if you don’t want to. It should be easy to find some travel companions, even if the amount of people is really low compared to the other options to reach Machu Picchu.

After couple of hours walking we reached the Pueblo Machu Picchu a.k.a. Aguas Calientes, which undeniably is beautifully located. Bristling with tourists, it has its disadvantages like a bit high price level (at least when it comes to dining out), but what else can you expect next to a site like Machu Picchu.

We found a private hostel room for around 17 $ (there are cheaper options also, so look around if you want to save still few bucks) and bought the tickets to the site for the next day. Since September is not in the actual peak season, we had trusted that there would be tickets left with short notice, but if you want to play it safe or visit during the peak season, it’s better idea to buy them in advance. We would have wanted to buy also the entrance to Cerro Machu Picchu (a mountain peak with really nice views down to Machu Picchu main grounds), but those were already sold out for the next day. The rest of the day we spent walking around the village and along nearby trails, and spent some time comparing prices in restaurants.

Climb up to Machu Picchu gates

Even if there are no roads to Aguas Calientes, there are bunch of buses in the village itself. To get up (~350 vertical meters from Aguas) to the mountain ridge and to the Machu Picchu gate, there are two options, shuttle bus or hiking. Bus seemed to be the more popular option, and of course it saves your energy, but since it’s ridiculously pricey (12 $ one way in 2017) and requires queuing, we of course chose to walk.

Since we wanted to be in the site early in the morning (gates open at 6), we woke up at 4:30 and were on the move around 5 o’clock. To find the stairs up to the ridge, you need to first follow the road out of the village. After maybe 15 minutes walking, you will reach a bridge over the river and a ticket check point (open from 5 am). After crossing the bridge, take a right, and you will find the starting point of the steep trail up.

Then it is, depending on your pace, eagerness and fitness level, a 20 minute to one hour climb with lots of stone steps before you reach the gates. If on the move early enough, you can even beat the first buses and be the first up! And now, you have reached the world-famous Machu Picchu without spending any extra cash, congratulations! We recommend to take your time to explore the ruins of course, but if you will head back down before late afternoon, it is very well possible to hike back to Hidroelectrica and travel onward (like back to Cusco) still during the same day, like we did. If not in hurry, it is always an option to spend another night in Aguas Calientes.

Some tips for your adventure in Machu Picchu;

More travel stories about our 5 week adventure in Peru, Bolivia and Chile back in 2014 will be published later, stay tuned! 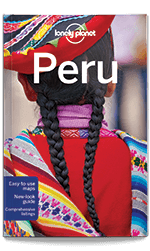