Some wonderful news! We have an honor to be a part of an international team that will visit Siberia in May 25-28 as a part of the Follow up Siberia project, a cross-cultural program that precedes the 29th Winter Universiade in Krasnoyarsk (2019). This is a wonderful chance for us to get to know arctic Siberia, the beautiful nature and the local way of living better, and to share our experience!

Siberia – what is it actually? 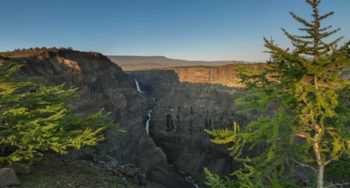 If asking around what people think about Siberia, and how they would place it in a map, you’ll probably get quite interesting answers. Most of the people know of course that Siberia is in Russia, but it can be surprisingly hard to define that more accurately. Common picture of Siberia is that it’s freezing cold, huge and nearly empty territory, but there is not much knowledge of the inhabitants and way of living in Siberia.

Well, it’s true that Siberia is a huge geographical region: it is bigger than whole Europe actually, and slightly bigger than Canada or China. It occupies an area of 13.1 million square kilometers (5.1 million square miles) and the population is roughly 40 million people. The territory extends eastwards from the Ural Mountains to the watershed between the Pacific and Arctic drainage basins, and southwards from the Arctic Ocean to the hills of north-central Kazakhstan and to the national borders of Mongolia and China. The Yenisei River divides the region into two parts, Western and Eastern. 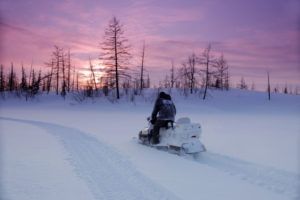 The Follow up Siberia project will take us as a part of an international team of travel bloggers and influencers to the arctic Siberia, above the 69th parallel, to get to know Siberia better, and to spread the word through our channels. We will visit cities of Norilsk and Dudinka, and the Taymyr Peninsula – the northernmost part of the mainland of Eurasia. We will witness the beautiful natural phenomena of the midnight sun and possibly also see northern lights, and get to know authentic customs by participating in a polar ceremony. In Dudinka we will visit the World Curling Tour – «Arctic Cup 2018» – the northernmost of all curling competitions under the auspices of Curling Champions Tour. We’ll also have a chance to meet Olympic curling athletes and interview them. 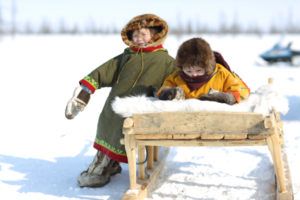 “Follow up Siberia is an international cross-cultural project and the first large-scale communication program for Russia prior to the 29th Winter Universiade Krasnoyarsk 2019. It is a joint project of Nornickel and Euronews which is implemented with the support of the Directorate of the 29th Winter Universiade Krasnoyarsk 2019.

The aim of the project is to let foreign guests discover the modern Siberia. “FOLLOW UP SIBERIA!” increases the recognition of this territory around the world and helps to establish better understanding between people from different countries through cultural exchange. Siberia will open up to the world, and guests will tell about their cultural traditions and customs in return. “FOLLOW UP SIBERIA!” consists of 4 rounds and each has its own peculiar highlights. Moreover, the best participants will arrive in Krasnoyarsk during the 29th Winter Universiade Krasnoyarsk 2019. The program is packed with various cultural activities from the traditional initiation ceremony into polar explorers to visiting ancient historical sights with tour guides.

“FOLLOW UP SIBERIA!” is a non-political project. It presents a view at a sports competition of world significance from another perspective, letting people interact with each other and get to know new cultures. The project goes beyond sports, drawing attention to remote regions of the planet and helping to overcome the artificial barriers between people of different cultural background.” 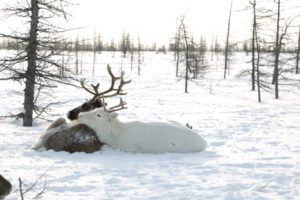 “The basis of the Follow up Siberia project is an international online contest that started one year before the beginning of the 29th Winter Universiade Krasnoyarsk 2019 and will last until its closing from April 2018 to March 2019. Any person can join the online contest by doing the following: shoot a video and/or take up to three photos covering the “Part of Siberia in My City” topic, i.e. something connected with Siberia or reminding of its key cultural and historical objects but situated in your local community.

To participate in the contest you just need to post these photos and/or videos on your social media accounts: Facebook, Instagram and YouTube with the #FOLLOWUPSIBERIA hashtag (and on Weibo with the FOLLOWUPSIB tag). The posts should be accessible online until March 12, 2019. Check out examples of photos sent to the contest by searching with the hashtag!”

“Euronews is one of the biggest international news TV channel, which offers a unique perspective on world events focusing on delivering trusted news and information to TV audiences and digital users across the world in their native language.

Euronews is the major media partner of the “FOLLOW UP SIBERIA!” international cross-cultural project. An integrated series of Euronews’ editorial programs about the project will be broadcasted in 163 countries. Thus, many people around the world will see the real Siberia: modern, yet boasting of ancient history, friendly and hospitable region full of talented individuals. 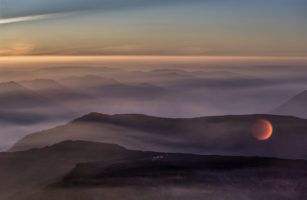 The international teams exploring various parts of Siberia during the four rounds of the project will be closely followed by Euronews’ travel journalists. Team members use social media not only as their main occupation but a way of life, so their followers will be able to see how the perception of this place changes in real time, as well as to check the latest updates via the #FOLLOWUPSIBERIA hashtag. When the participants will get back to their countries they will do a follow-up of their Siberian journey and the magnificent experience that they’ve finally had, spreading the word about this northern land and its people.

The Euronews’ reports will also look at some of the myths that participants heard about Siberia, compared to the reality of the region. Destinations include Dudinka, Norilsk and Krasnoyarsk where the teams will see the Arctic Cup tournament, local gastronomic festivals, spectacular landscapes, extreme sports and find out more about the region’s customs and traditions. These amazing Siberian moments on Euronews will also highlight the 29th Winter Universiade Krasnoyarsk 2019.”

“Nornickel is a Russian mining and smelting company, which pays much attention to sport and social programs that contribute to the development of Siberia. The company is the prime sponsor of the 29th Winter Universiade Krasnoyarsk 2019 and partner of many major sports federations, clubs and teams. 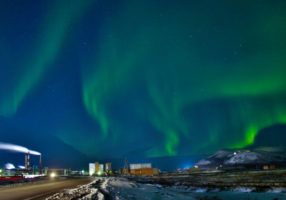 Besides sponsoring such events, Nornickel invests in sports and recreation infrastructure. For example, the “Bobrovy Log” Fun Park was fully modernized by the company. The Fun Park meets the highest global standards, so it is no surprise that it will be among the main sports objects of the 29th Winter Universiade Krasnoyarsk 2019.

Via international sports events, far-reaching social programs and investments Nornickel develops Siberia, opens this remote territory to the world and increases its recognizability in foreign countries. Nornickel develops the volunteer movement, which is also joined by the employees of the company and the students of Siberian universities.”

We are very excited about this opportunity to travel to Siberia and to participate the Follow up Siberia project! During the weekend we’ll post short stories and pictures to FinnsAway social media channels, and a wider blog post about the adventure will follow after the trip. Share your thoughts about Siberia and this project in comments, and why wouldn’t you participate in the online competition and go to explore Siberia yourself!