The last country of our tour in Central America late 2019 was El Salvador, and the last city we explored was the capital San Salvador. The historical center of the city turned out to be quite run-down, and earthquakes have damaged or destroyed most of the old buildings there. Tourism in San Salvador is centered in the modern center called Zona Rosa, few kilometers west from centro. There are some museums and monuments and a lot of restaurants and cafes in this clean and traveler-friendly area. In Zona Rosa, you’ll also find Cadejo Brewing Company, one of the few micro-breweries in El Salvador.

Craft beer enthusiasm has reached Central America during the past decade, but the amount of craft breweries is still very limited. Tourists and expats are the most interested in craft beer, whereas for the vast majority of local people, it’s an expensive upscale product. In El Salvador, the capital San Salvador is also the beer capital, with a handful of small breweries and brewpubs. Cadejo Brewing Company, established in 2012 is one of the first micro-breweries in El Salvador, and often praised as the best in the country, or even in the whole Central America. They make beer focusing on quality over quantity, and using only high quality ingredients. When in Sal Salvador, we headed to their brewpub to find out what the fuss is about, and got to participate a short but informative brewery tour before tasting their products. Our guide Jorge, a passionate brewing professional, explained the process of brewing in Cadejo, told about the ingredients and their origin and about the labels and branding of Cadejo beers. 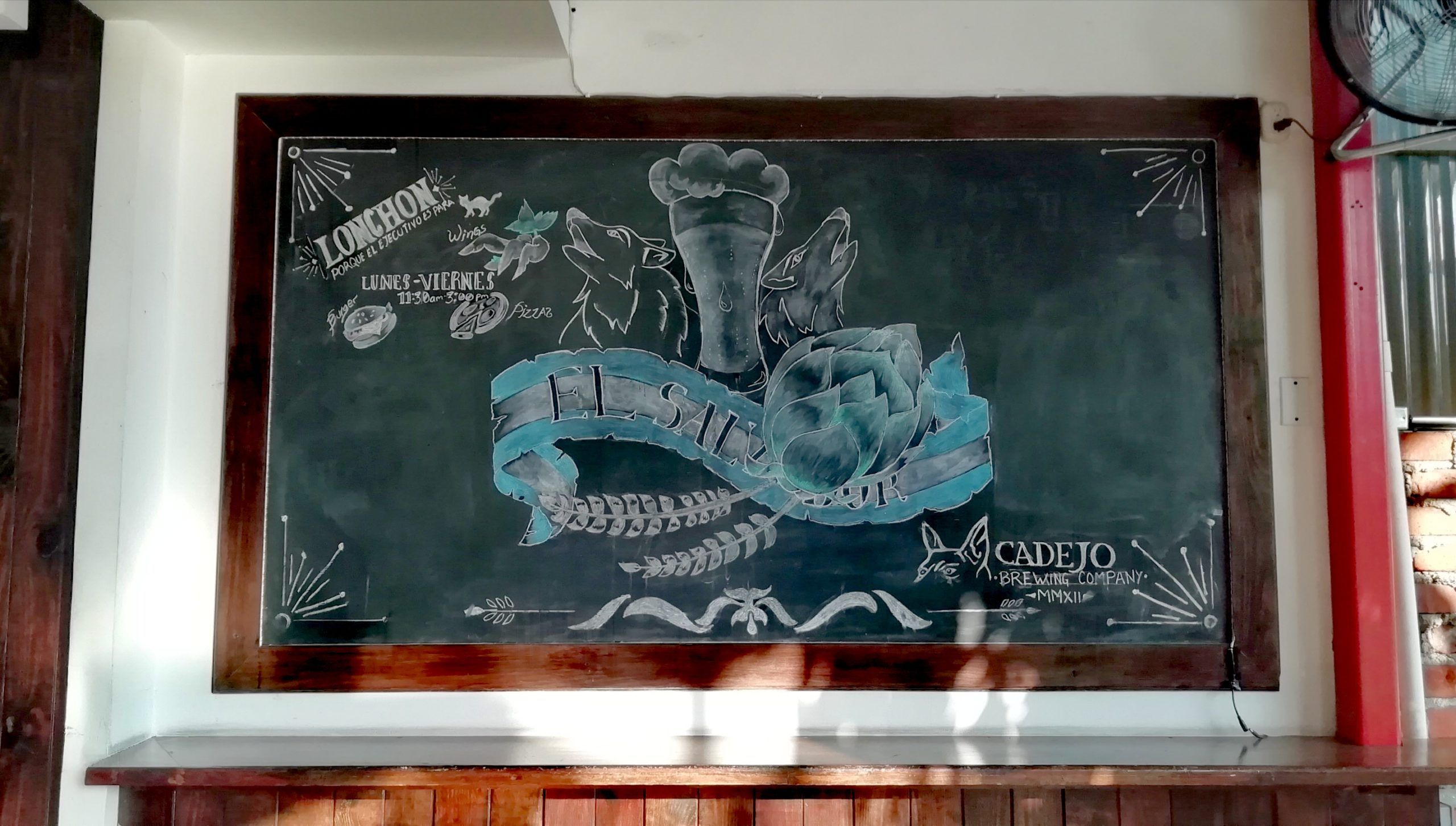 Cadejo Brewing Company was named after a Central American folklore, the cadejo legend. Cadejo is a mythical creature that appears in a form of a shaggy dog, big as a calf and with red fiery eyes and goat’s hooves. There is a good white cadejo, the guardian of light, and an evil black cadejo, who walks in the shadows. According to the legend, cadejos appear to people, including drunks and wanderers, usually at nighttime – the white cadejo is protecting them and the black cadejo is trying to harm them and lures them into making bad choices. Two cadejos represent the duality of mind, the eternal duel and balance between good and evil. 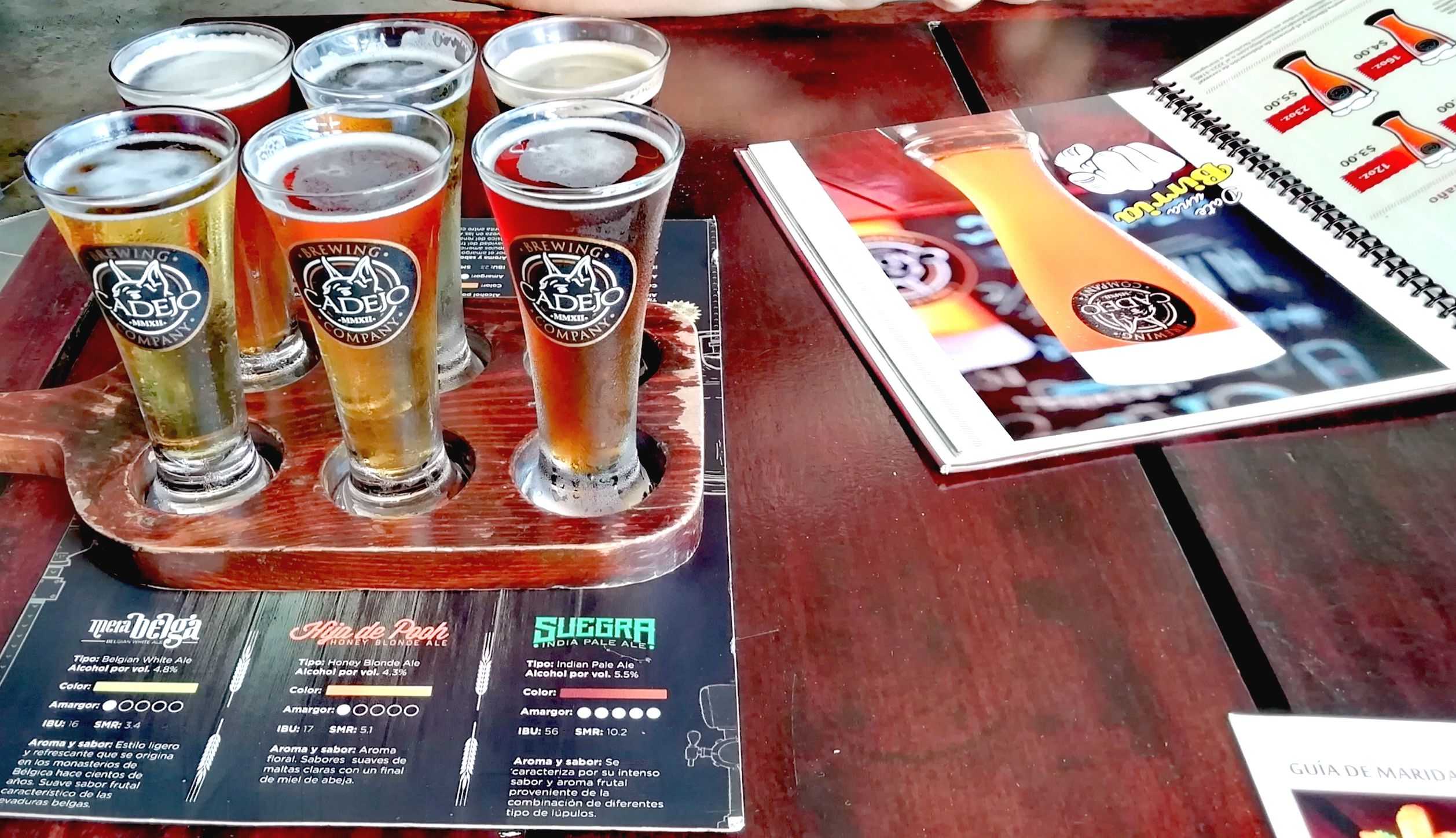 Cadejo Brewing has a selection of signature beers – five different brews that have stayed in the assortment for years. These include Belgian White Ale Mera Belga, Honey Blonde Ale Hija de Pooh, American Red Ale Roja, Wheat American Pale Ale W.A.P.A. and Irish Stout La Negra. These beers represent classic beer styles (with the exception of Hija de Pooh that is more unique). Our favorite was the fresh and crispy W.A.P.A. that we found to be fruity and nicely bitter, with pleasantly hoppy, but still light and refreshing feel.

In addition to the signature brews, Cadejo is famous for always trying something new, and they have a selection of seasonal brews with some interesting and unusual experiments, like their lovely Pumpkin Ale, that is brewed every year in October, and spicy Ginger Ale for Christmas time. These special brews were really tasty, but we also liked the more classic Suegra IPA, a bronze-colored Indian Pale Ale – it has a nice fruity aroma with floral notes, but surprisingly bitter and dry taste that makes this beer quite daring, but it still has been kept quite light and pleasant to drink. 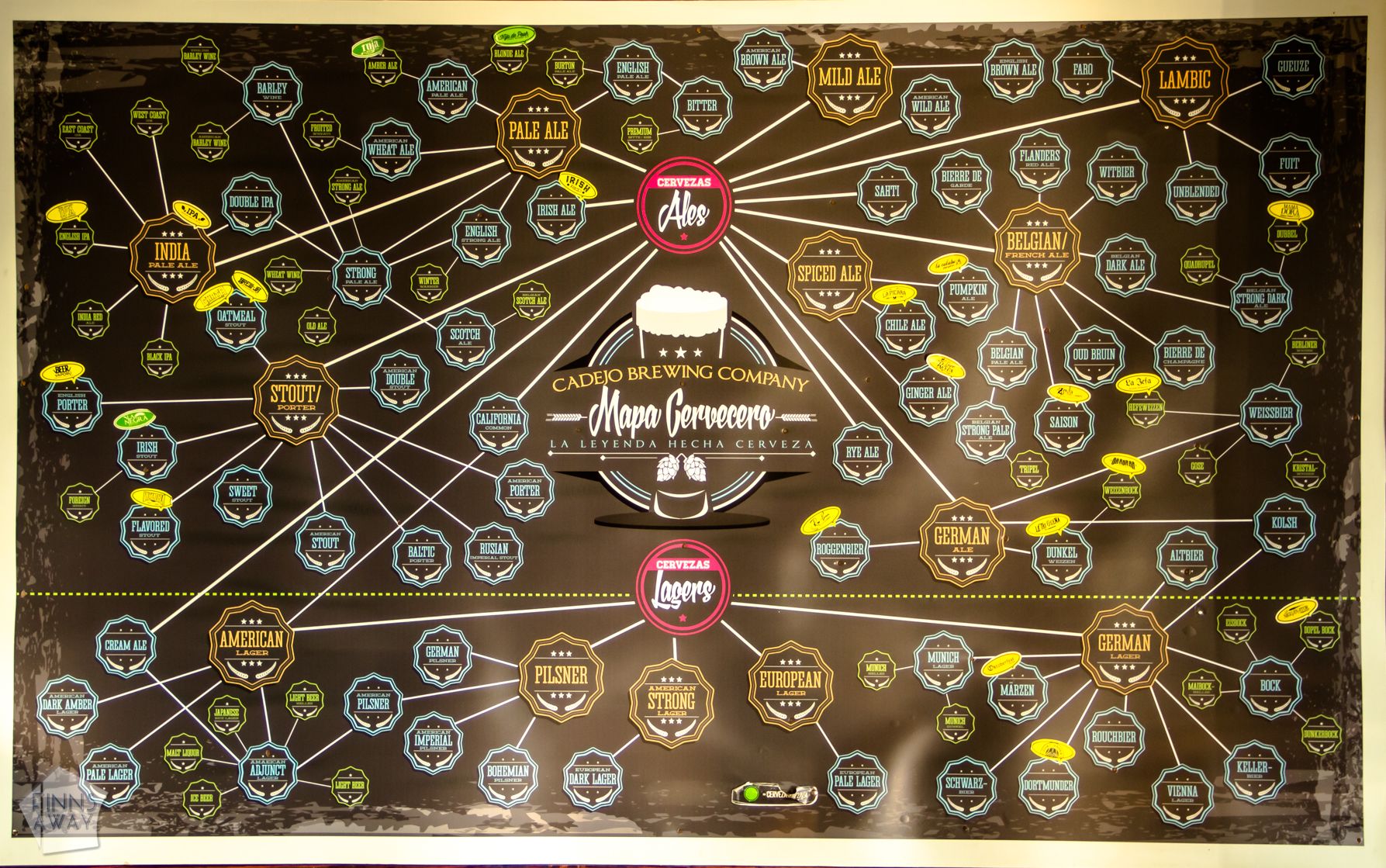 When you are in San Salvador, a warm recommendation to visit Cadejo Brewing! The brew-pub in Zona Rosa neighborhood is nice and welcoming, with a large terrace and a restaurant serving excellent (though a bit pricey at least in El Salvadorian standards) meals. We were surprised to find this delicious brews in El Salvador, produced with passion towards quality craft beer. Cheers!
Pics from brewery
Pin this post to save it for later 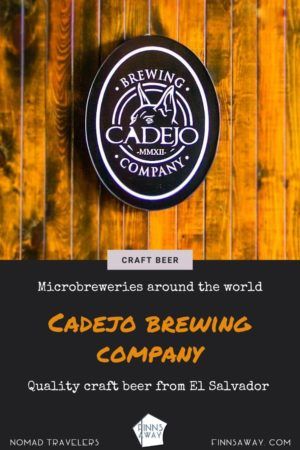